Welcome to Norwich: A Fine City

My love of all kinds of sport surprises nobody more than myself. I do not think there has ever been a schoolboy with such overmastering contempt, fear, dread, loathing, and hatred for “games” – for sport, exercise, gymnastics and physical exertions of all or any kinds. Every day I would wake up with a sick jolt wondering just how I might get out of that day’s compulsory rugby, cricket, hockey, swimming or whatever foul healthy horror was due to be posted on the notice-board that morning. The catalogue of multiple lies, evasions, self-imposed asthma attacks and other examples at what Edwardian school fiction characterised as “lead-swinging”, malingering and “cutting”. All the acts of a cad, a swine, a rotter, an outsider and a beast.

This hatred, as is so often the way with extremism, was to be replaced with an almost equal and opposite love. But before I came round to sport, largely through watching cricket, I had always, even through my most indolent, fey, camp, furious and posturing anti-athletic phases, avidly scanned the back pages of newspapers to follow the fortunes of Norwich City Football Club.

I don’t know why this is. I came from a household that showed as much knowledge or interest in sport as hedgehogs show in embroidery. True, my mother had kept goal for England schoolgirls at hockey and my brother had shot for the school at Bisley, but beyond that the Fry household had as much interest or understanding of sport as a potato has of  Riemann’s zeta function. There was no contempt, just absolute indifference and incomprehension. But…

I have always had, to a frankly stupid degree, a deep sense of loyalty and connection. I came from East Anglia, therefore East Anglia was the best part of Britain. It was natural to me then that my heart would leap when it heard or saw the word “Norwich” on the national news. And the only time that could ever happen (this being a lifetime before Alan Partridge) was when the football scores were read or printed.

The years passed and I found myself, much to my amazement, falling in love with all sports: most especially, it is true the sports that rude unthinking people will call “boring” in a crass way that is perhaps excusable in a 14 year old, but which is boorish and repellant coming from adults who should know better.

Golf. I could watch golf for ever. I adore it as a television spectacle, as a social pageant, as an art and a nail-chewing suspense drama.

Darts. There is no way adequately to describe my fascination with this game and its proponents, heritage, atmosphere and thrill. The heroes of darts from Bristow to Barneveld, from Jocky to the Power, are as totemic and heroic as the myrmidons of Achilles. Go on, laugh. It’s true.

Snooker. Merciful heavens, I love this game so much that I seriously considered giving up a year of my life to follow it, video camera in hand, to make a film called “A Year In Snooker”. Sadly, all my other commitments held me back, but it remains true that I would be infinitely more heart-flutteringly discombobulated at the prospect of meeting Ronnie O’Sullivan or even, bless him, Graeme Dott, than I would a compound of Mick Jagger, Eminem, Clint Eastwood and  Neil Armstrong. CJ from “The Eggheads” could certainly marmalise me in a head to head quiz on the subject but he could never claim to love the game more. 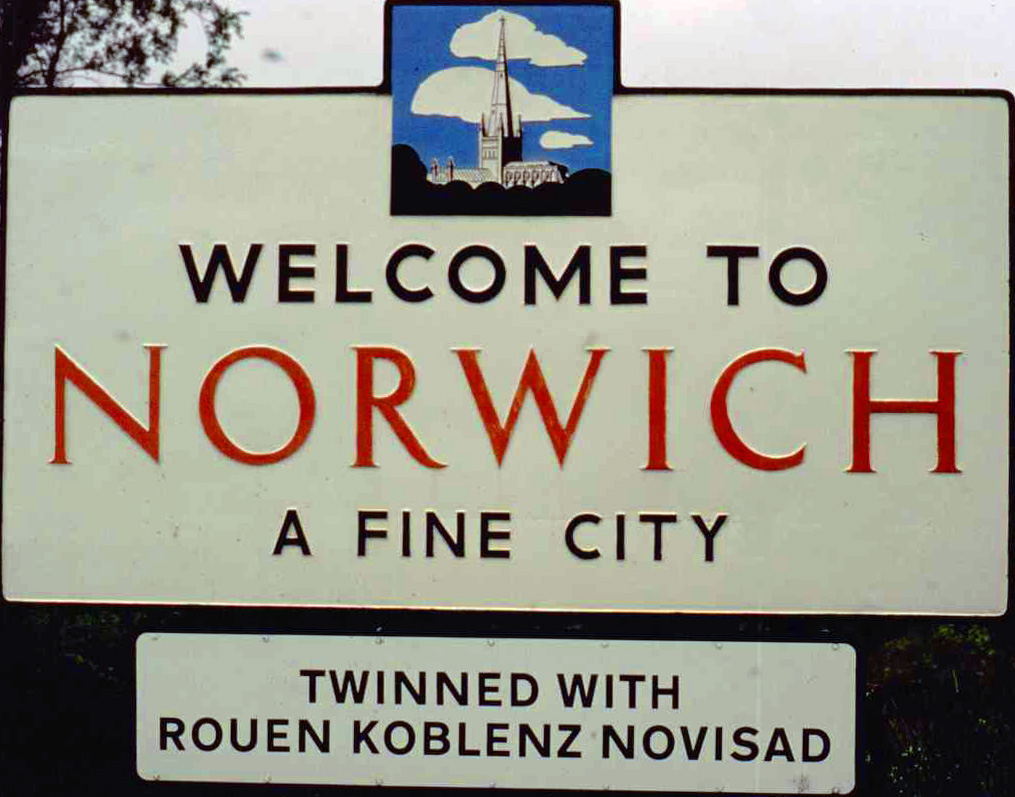 Indoor Bowls. I still yearn for the days when BBC2 showed the world championships of this wholly entrancing game. My hero was Ian Schuback, who – I am distressed to note – does not even merit a proper Wikipedia entry. Long afternoons of bliss would pass as Tony Allcock and Rochard Corsie battled it out before the cameras at Potter’s Leisure Centre. If the phone rang on such afternoons I would pick it up and hear without introduction, “Hughie Duff is drawing well to the head today…” and know that I was not alone. The great Peter Cook shared my passion.

Rugby. Never quite got into the northern code, although Colin Welland once kindly took me to a match. But Rugby Union can cause a spectator to stand and rip his vocal cords to shreds like no other game. Its peaks of excitement are higher and more intense than you will find in any other. The offsides, infringements, rulings and strategies are all but incomprehensible, but the blend of brute force, balance, speed, wit and stamina that the game demands cannot be matched in any other than I know.

Cricket. The greatest love of all. With love so great one is robbed of speech. That cricket is manifestly the greatest game that humankind ever devised is, for those who understand the game, too obvious to mention but we are all too wearily used to others dismissing it as boring, incomprehensible – elitist even. Nothing worth the pursuit was ever easy or obvious. But all this is bringing me on to …

Football. Our national game. The beautiful game. And so on. There’s so much wrong with it. The corporations and holding companies who own the clubs. Their obsession with European silverware. The stinkingly vast sums paid out by broadcasters. The vast gap between the oligarchic haves and the deprived have-nots. I cannot imagine how distressing it must be if you are a Manchester United or Arsenal fan – the need to win, the expectation, the disappointment, the humiliation if you do not.

If you have always found yourself immune to the national obsession with Association Football, I can quite understand it. But all I would say is that, for all that is wrong with it, there can be no keener pleasure than belonging, adhering, following and obsessing with one club: scrabbling for the latest news, checking with terror the tables to see how far they are from relegation and despair. The club can be Chelsea if you have reason for it to be. It can also be Gillingham or Port Vale, York City or Newcastle. If you already have a club that you support, then you don’t need read any further. But let’s suppose that you don’t support any club, or that you have one great allegiance and are interested in the possibility of having a deuxième cru, a second house. Well, if you have a spare sense of loyalty going, an impulse to follow without a special connection, then let me suggest that you find a delightful underdog to cheer on…

Let me, in short, argue that you simply could not choose a more loveable and worthy club than Norwich City. They represent a whole region, one great medieval city lost in the rural vastness of Norfolk. Once among the two or three greatest towns of England, Norwich has almost comically lost itself in provincial isolation while the industrial cities of the North and MIdlands, Manchester, Leeds, Liverpool, Birmingham, Stoke and Wolverhampton, and the powerful metropolitan districts, Arsenal, Tottenham, Chelsea, Queen’s Park and Fulham have overtaken the game with their colossal financial and media reach.

Norwich is a pigmy compared to these enormous, illustrious and opulent institutions. That is what makes being a fan such a pleasure. We don’t expect to win every match – when we do we jump up and down with joy and when we lose we smile ruefully as we expected nothing more.

The Canaries have had their moments of glory, what we would call glory at least, but it is a long time since 1992-93, the premiership’s inaugural season for the majority of which City led the table and achieved that unbelievable 1993 victory over Bayern Munich (“this is fantasy football,” John Motson said) There has never been much grand silverware on display in the club’s cabinet but what of that? Jeremy Goss’s immortal goal, Delia Smith and her husband’s extraordinary financial and personal commitment to the club (and yes, that ‘Let’s Be Having You’ moment) and last year’s thrilling last minute promotion are enough if you are a Norwich fan. Should we survive the EPL this season that will be a triumph. If Arsenal or Chelsea fail to snaffle one of the great trophies it will be a disaster for them. What a difference.

More than anything else, Norwich represents one of the few local community clubs left in football: for all that it only rarely has a chance to dine at the top table this is reason enough to celebrate its small victories. When Norwich does get elevated, it is managed through close links with its region and the passion and commitment of its players and fans. Our achievement of second place in the Championship last year sparked a grand celebration, bus-top processions, banners, bunting and civic pride everywhere. There was hardly a shop in Norwich that didn’t brandish the green and yellow. I happened to visit BBC TV centre around that time, just a few hundred yards from Loftus Road, the HQ of the Championship Champions. To take nothing away from QPR fans, there was nowhere for them to process, no bursting out of pride, no reason for locals to stop and hug each other as they did in Norwich.

Paul Lambert, our astonishingly gifted manager (one of how many premiership Glaswegians is it now?) has overseen only the second double promotion – from first to championship, from championship to top flight – in history, yet everyone is predicting that it will inevitably be Norwich who do the fateful yoyo and find themselves kicked out at season’s end. Well, we shall see.

There was no prouder moment for me than when I was asked to join Norwich’s board of directors. I can bring neither football nor financial expertise to the table, but I can bring that element of loyalty, devotion and local passion that I hope and believe is a great part of what makes football the most popular game on earth.

Should you, I repeat, have a spare shred of unattached allegiance in you, then why not affix it to the club that has the oldest song in footballing history?

On the ball, City, never mind the danger,

Steady on, now’s your chance,