It’s only three harmless key-presses, you may think. A year or so back I wrote that it seemed to me annoying and lax of the British internet authority (if such a body ever existed, which it didn’t and doesn’t) when domain names were being handed that they were so inattentive and their eyes so off the ball.

How come Germany could have .de, France .fr, South Africa .za, Italy .it etc etc etc? And we poor British had to have the extra exhaustion of typing .co.uk.  Three whole keystrokes. It doesn’t stack up to much when compared to other howling injustices in the world. The length of time poor students and tourists have to queue to get an Abercrombie and Fitch polo shirt for example, but nonetheless it has been a nuisance these twenty years or so. Fret no more, people of Britain. The day of .uk is upon us. And team www.stephenfry.com — as with all things — is proud to be ahead of the curve, or at least cresting it. stephenfry.uk is launched today with a fanfare and an unfurling of the Union Flag. Bear in mind too that if you have businesses with branches in Berlin and Miami, for example, that you will soon be able to own mycompany.berlin and myccompany.miami and so forth. All these generate new IP numbers which so far show no sign of giving out, despite the billions in use.

It has been some time since I have rebooted www.stephenfry.com and offered a 3.0 or a redux as people like to say these days. I’ve been away in New York acting in a play. I returned to start on a book, then to appear in 24 for a fleeting role as Prime Minister, then to embark on a new series of QI. All these rather pressing and time-consuming projects are more or less winding down over the next month or so and I hope to devote a little more time to sprucing up the website and providing more content, gadget reviews and general burblings. In the meantime welcome to stephenfry.uk — and don’t forget to bag your own .uk site if it suits your personality, your business or what Americans call “your gift-giving plans”. 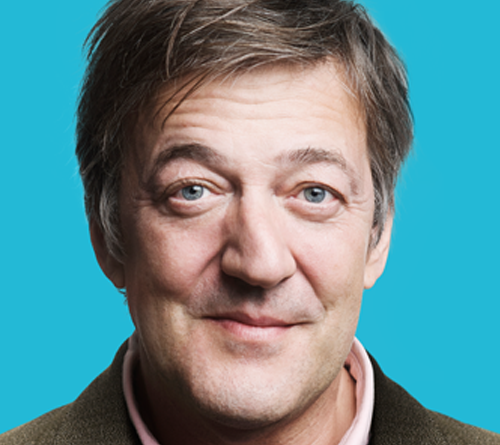 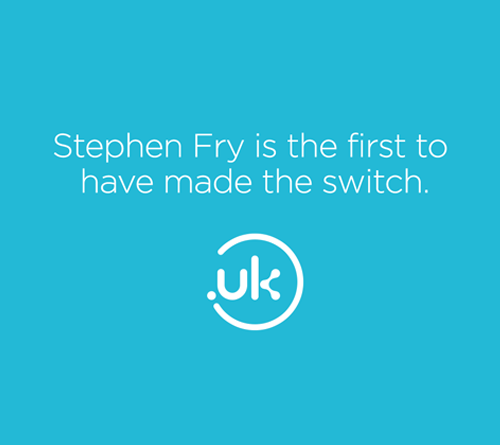