Since January 1984 when I bought my first Apple Macintosh, through the dark late 80s and mid 90s when the company had all but 3% of the personal computer market, I have developed the thickest of skins when it comes to Apple-haters.

I could fill this entire article with links to ancient, now embarrassing, sneers: “what’s the point of an iPod?”; “the iPhone is too large”; “huh, the iPad is nothing but a big iPhone?” (right, and a swimming pool is nothing but a big bath). “How disgraceful are the working conditions in which Apple devices are manufactured!” — oddly leaving out Samsung, Sony, Dell, LG, HTC and all the other companies who have their devices made in the same factories and have, unlike Apple, been much less transparent about it and failed to abandon so many of the controversial materials – beryllium most recently – that Apple have now removed from their supply chain. I welcome, love, reverence and adore Android, Windows and any other mobile operating system. The richer the eco-system, the better for all. I’ve never thought anyone pretentious for owning a BlackBerry or an LG Curve, but when it comes to Apple,  it’s open season. “Baaah you’re all sheep, or “Huh, far more Samsungs are sold anyway!” Can’t have it both ways, darlings…

Apple has often innovated, but being first to market is not the point or focus of the corporation: the iPod wasn’t the first mp3 player, iPhones came late to multi-tasking — “we wanted to wait until we had the best smartphone multi-tasking system in the world,” Steve Jobs said on unveiling iOS 4 in 2010, and no one can doubt his team achieved that goal.

Regarding the dimensions, many Android owners will point out how late the Cupertino giant has come to the size game. But once again, Apple wanted to wait until they got the perfect merger of optical, CPU, battery life, resolution, materials and OS workarounds. Being first isn’t the point, being the best is. 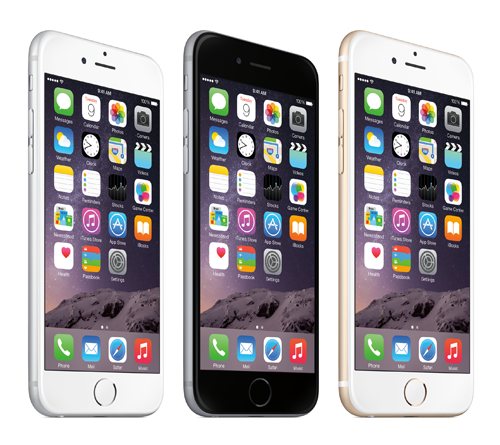 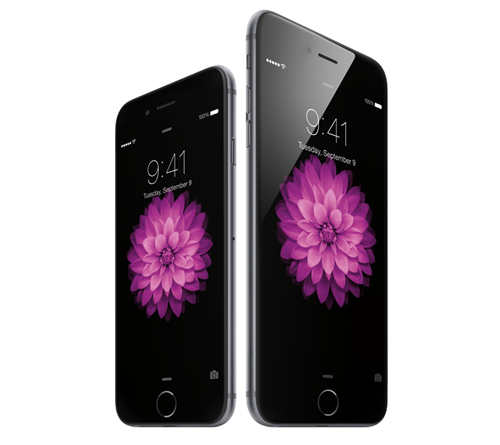 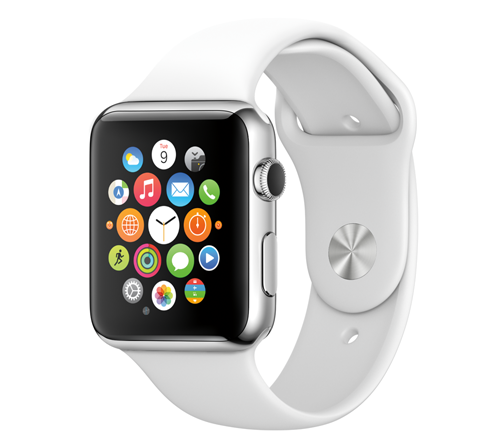 The 6 is 4.7in measured diagonally, the 6 Plus is 5.5in, yet both are lighter than the 5s: more high res, more powerful, and offer equal or better battery life in all metrics. Personal fitness is becoming a big issue: the addition of a barometer into the phones allows the new bundled Health app to distinguish height, climbs and stairs as well as all the other sporty parameters.

These phones, in silver, gold or “space grey”, are utterly gorgeous objects in the hand and to the eye. They are released with the superb iOS 8 – an operating system leap forward for the iPhone and iPad, blessedly backwardly compatible all the way down to the 4S.

How right Apple have been proved in delaying needless incorporation of a Near Field Communication radio into their devices until this year: NFC has been in BlackBerries and other phones for two years but I haven’t met anyone who uses the feature yet in any sensible way. Now, deals have been struck, the Apple Pay technology is ready to work and to revolutionise retail (US only thus far – which needs it, they don’t even have chip and PIN!), but Europe and the world soon.

The matchless design and innovation team led by Sir Jony Ive — who has head-hunted to Apple the brilliant Australian designer Marc Newson (over whom at the launch I spilled some horrible green wheatgrass and spirulina drink that would otherwise have gone all over P Diddy) — have produced two devices of absolutely exquisite dimensions, heft and feel. I have played with both for a week and cannot decide which I would keep.

Under the bonnet they each offer a ravishing Retina HD display. The Plus has more pixels and the (real) advantage of optical rather than digital camera shake correction as well as full HD video allowing a devastatingly cool 720p slowmo that will make Matrix directors of us all. At 5 inches corner to corner the 6 Plus is, to my large hands, absolutely ideal, but then for most users I would recommend the 6. I now type faster on each, which I wouldn’t have thought possible. The open API keyboard word prediction table can only improve as companies like Britain’s Swiftkey, so hugely successful already on Android, add an iOS app complete with their already compendious idiolect dictionaries, which will allow you to text or type as if you are Dickens or Doctors Johnson or Dre. There’s barely space for me to talk about the amazing new VoLTE option, allowing you to hold a conversation using wireless at home or office and continue seamlessly as you move out of WiFi range allowing the mobile network (EE in the UK’s case) to take over without a blip.It only needs for me to leave with the confident prediction that these phones will prove through sales, as I believe them to be, the best and most beautiful mobile telecom technology ever yet produced. So sue me if if I’m proved wrong. Oh and, of course, Watch this space…