Consider Estonia. Few do, or seem to. In many ways her status is one of the miracles of the modern world. With a population of just 1.3 million this is a country that has topped both the State of World Liberty Index and the Freedom House Internet Freedom list and is routinely referred to as the most ‘wired’ country in Europe. Probably only South Korea has better and faster broadband infrastructure. An Estonian friend of mine told me that as much as five years ago he enjoyed and indeed expected broadband speeds of 100 megabytes per second. Skype was invented here. Post-production media houses flourish and new sound stages are being built in harness with tax credit arrangements to encourage film production. Being the fourth best nation to speak English as a second language helps. This is a forward looking, highly prosperous, diverse, culturally, religiously and racially tolerant country that identifies itself as Nordic rather than Baltic.

Ten years a member of Nato and the EU, Estonia then joined the OECD and Eurozone and is now officially designated the fourth freest economy in Europe. After the brutality of post Molotov-Ribbentrop Pact Soviet occupation, followed by the unimaginable horrors of the Nazis, the inevitable re-annexation by Soviet Russia and the bloody and ruthless Stalinist purges that ensued, at least a quarter of the population was wiped out in less than two decades. That the country should rise so quickly and painlessly as a free, progressive nation after the thawing of the Soviet ice is little short of miraculous.

The Prime Minister of the ruling Estonian Reform Party Taavi Rõivas is, at 35, Europe’s youngest leader. Individual freedom of speech and religion are an essential element of Estonia’s constitution. Now that the Reform Party is in power there are enough progressive parliamentarians to enact a law allowing gay partnerships.

Suddenly. Guess what? The World Congress of Families, a US based evangelist group that has already done so much to ruin Uganda, has teamed up with the Kremlin to parachute into Estonia huge quantities of money with which to browbeat, bully and blackmail parliamentarians, with which to spew out tens of thousands of automated provocative hate-speech emails, with which to produce booklets for every Estonian home repeating the usual vile libels about homosexuality being akin to paedophilia, a decadent ‘Western’ life choice and a threat to the citizenry and future of the world.

Meanwhile, Estonia’s gay rights advocates have been gentle and reasonable in the face of this grotesque alliance. “Estonia does not need the Civil Partnership Act for sticking up our noses and saying: look at us, we are not Soviets any more. Estonia needs this Act so that everyone living here could make sensible arrangements for cohabitation, instead of living with the knowledge that their minority status makes them marginalised or somewhat inferior to the others,” writes the Speaker of the Estonian Parliament, Eiki Nestor.

But the World Congress of Families — which was due to meet in Russia and only altered its plans for ‘logistical’ (not moral) reasons when Russia invaded Crimea  — believes that a Russia newly charged with Orthodox zeal is just the partner they are looking for. And vice versa. According to Konstantin Malofeev of the Foundation of St Basil the Great, an ally of the WCF, “Christian Russia can help liberate the West from the new liberal anti-Christian totalitarianism of political correctness, gender ideology, mass-media censorship and neo-Marxist dogma.” In turn Lawrence Jacobs, the vice-president of the WCF believes “The Russians might be Christian saviours to the world; at the U.N. they really are the ones standing up for these traditional values of family and faith.” 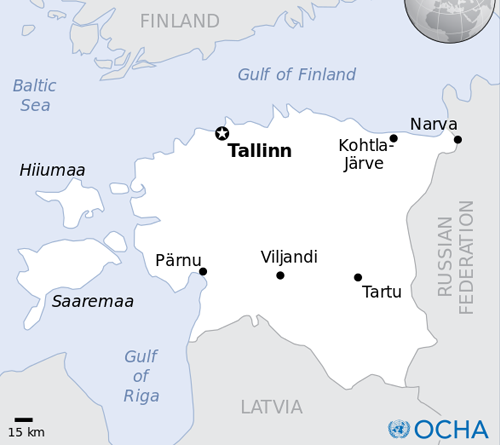 François Legrier, president of the right-wing Catholic Movement For Families attacks the “individualistic and freedom-loving philosophy of Enlightenment that was allegedly trying to free a man from any law that was alien to him.”

And there we have it. The Enlightenment itself, born in France as much as anywhere, the Enlightenment out of which grew America, universal suffrage, scientific enquiry, free thinking and freedom from the shackles of aristocracy and ecclesiasticism – the Enlightenment itself is identified not as the proudest achievement of the West but as a sick and evil inheritance to be thrown off. How heartily the Islamic State would agree. In this battle the WCF, The Foundation of St Basil, the Catholic Movement of Families and all the ‘Family Values’ groups have chosen gay rights as their battle-ground and it is gay bones that get broken, gay blood that gets spilled by this toxic mix of nationalism and fundamentalism.

Tomorrow, Tuesday, Estonia’s parliament votes on this issue. My guess is that the more the Russian and Western evangelical alliances threaten and lie, the more they bribe and bully then the more the proud parliamentarians representing a proud and independent people will resent it.

Estonia (one of the most secular and non-religious countries on earth) has proved it can be a beacon to the world: it has seen that free markets, free speech and investment in the future can bring remarkable dividends even to a small nation with a history of being squeezed, occupied and terrorised. Gay rights are part of the diversity and individual freedom that, along with racial, gender, journalistic and religious freedoms, guarantee prosperous global trade and exchange, not just economically, but culturally.

“Civilisation is on the verge of destruction, and only Russia can become a centre of consolidation of all the healthy forces and resistance to the sodomisation of the world, that is why the whole Europe is looking at it with hope,” says the alliance.

In 2001 Estonia won the Eurovision Song Contest: the title of its winning entry was ‘Everybody’. And that is why the whole of Europe is looking at Estonia with hope.

For information and advice as to how you might be able to help, please contact Peeter Rebane: peeter AT thefactory DOT us