It’s no big deal – as it shouldn’t be. But yes, for anyone interested I have indeed deactivated my twitter account. I’ve ‘left’ twitter before, of course: many people have time off from it whether they are in the public eye or not. Think of it as not much more than leaving a room. I like to believe I haven’t slammed the door, much less stalked off in a huff throwing my toys out of the pram as I go or however one should phrase it. It’s quite simple really: the room had started to smell. Really quite bad.

Oh goodness, what fun twitter was in the early days, a secret bathing-pool in a magical glade in an enchanted forest. It was glorious ‘to turn as swimmers into cleanness leaping.’ We frolicked and water-bombed and sometimes, in the moonlight, skinny-dipped. We chattered and laughed and put the world to rights and shared thoughts sacred, silly and profane. But now the pool is stagnant. It is frothy with scum, clogged with weeds and littered with broken glass, sharp rocks and slimy rubbish. If you don’t watch yourself, with every move you’ll end up being gashed, broken, bruised or contused. Even if you negotiate the sharp rocks you’ll soon feel that too many people have peed in the pool for you to want to swim there any more. The fun is over.

To leave that metaphor, let us grieve at what twitter has become. A stalking ground for the sanctimoniously self-righteous who love to second-guess, to leap to conclusions and be offended – worse, to be offended on behalf of others they do not even know. It’s as nasty and unwholesome a characteristic as can be imagined. It doesn’t matter whether they think they’re defending women, men, transgender people, Muslims, humanists … the ghastliness is absolutely the same. It makes sensible people want to take an absolutely opposite point of view. I’ve heard people shriek their secularism in such a way as to make me want instantly to become an evangelical Christian. 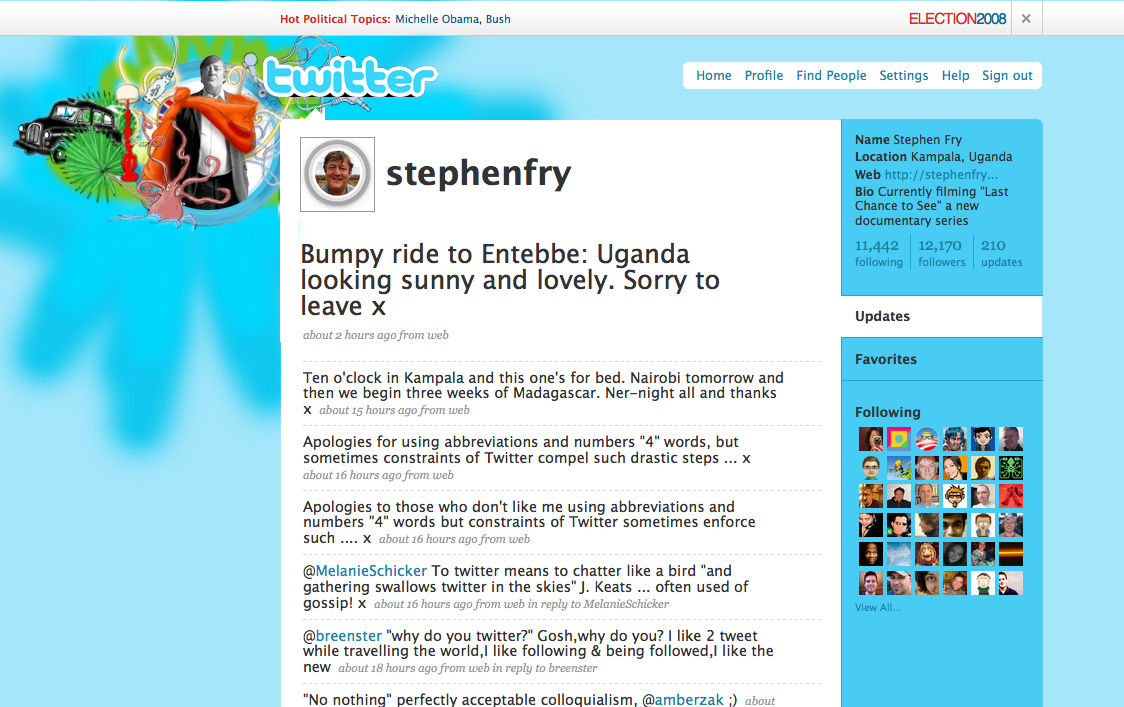 But Stephen, these foul people are a minority! Indeed they are. But I would contend that just one turd in a reservoir is enough to persuade one not to drink from it. 99.9% of the water may be excrement free, but that doesn’t help. With Twitter, for me at least, the tipping point has been reached and the pollution of the service is now just too much.

But you’ve let the trolls and nasties win! If everyone did what you did, Stephen, the slab-faced dictators of tone and humour would have the place to themselves. Well, yes and they’re welcome to it. Perhaps then they’ll have nothing to smell but their own smell.

So I don’t feel anything today other than massive relief, like a boulder rolling off my chest. I am free, free at last.